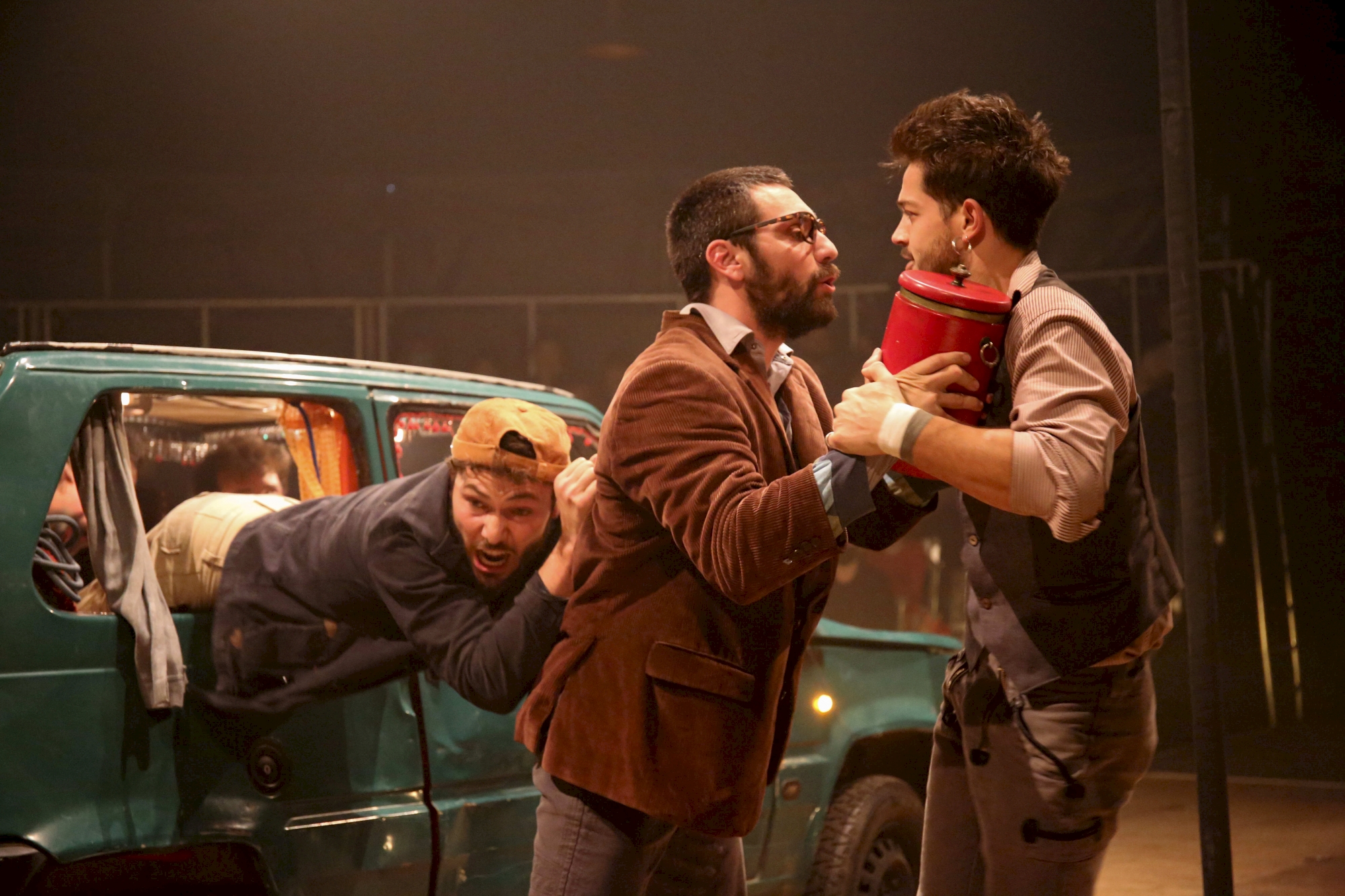 Chapiteau Parking de la Halle des expositions Tarif de 15 à 35 CHF
Circus À partir de 5 ans
It's the story of 5 brothers who already know each other… But they meet for the very first time ! A car, a Fiant Panda to be accurate. 5 men and half. They don't have a lot in common, but one particular thing unites them. It's not their birth place, or their job. Neither their favourite colour nor what they ate the day before, nor their interests, nor their mother. What binds them is their father. Indeed, they are 5 brothers, but don't share the same mother. Actually, only Simon & Simon know each other. Not so surprising since they are twins. The father is in the car too, travelling in an urn. That's the reason for their trip. They come straight from the crematorium, with daddy freshly burnt and put in a box.